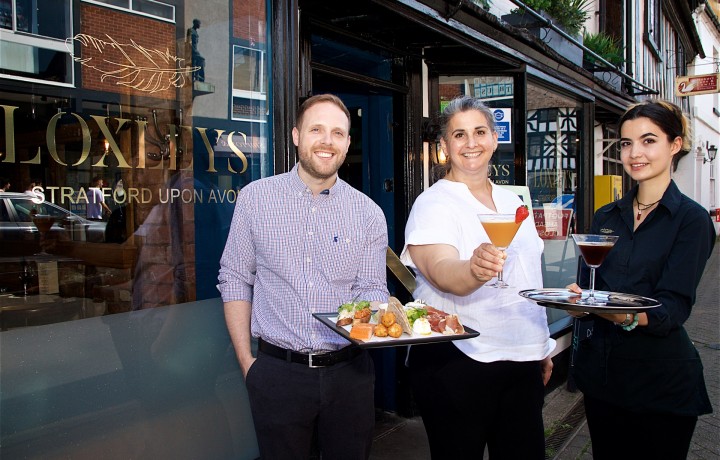 A local charity that helps children and young people in Stratford is on the lookout for an extra mentor thanks to a pledge of support from Loxleys.

Lifespace, which provides one-to-one mentoring for children and young people, is recruiting another mentor after being announced as Loxleys' chosen charity.

As part of its support for the charity, Loxleys has pledged to fund a volunteer role at Lifespace for the next year, as well as a six-week workshop that will help eight young people from the area.

We are also planning fundraising efforts through the year as part of our ongoing support. Lifespace, which is also based in Stratford, works with young people aged 7 to 19 who are having a tough time.

The charity creates a safe time and confidential space for them to explore the challenges they are facing. Their programmes, one-to-one mentoring and group workshops, enable young people to develop the self-awareness and skills to feel more positive about themselves and their lives.

The charity's work with young people is in the context of shocking figures around their mental health which show that:

Lifespace runs programmes in primary, secondary and special schools across South Warwickshire, as well as working individually with families, children and young people and other agencies. It will be launching a community-based mentoring programme with partner Escape Arts in 2022.

In June 2015 the charity received The Queens Award for Voluntary Service - the highest achievement for a voluntary organisation - for ‘an outstanding contribution to the lives of young people.

CEO Rachel Key said: "Young people have been incredibly resilient in the most difficult of circumstances, but we know that some of the issues that make life harder have spiralled in the past 18 months.

Our mentors managed to stay connected with the amazing young people who needed them during the pandemic and now we can do even more to help them face-to-face. Support to fund a new volunteer mentor and a programme of group workshops will enable us to reach even more young people when they need us most.

"We'e incredibly grateful to Loxleys for choosing us as their nominated local charity for ongoing support and can’t wait to turn that support into even more help for young people in the area.

Both Loxleys and Lifespace will have stands at the upcoming Stratford Food Festival in the town centre on Saturday, September 18th and Sunday, September 19th, where people will be able to find out more information about how Lifespace helps young people in the area.

Jonathan Lea, director and general manager at Loxleys, said: “Every year as part of our support of the local community, we usually raise funds for a local charity but this year we wanted to go one step further and back a charity on a more long-term basis.

"Lifespace does amazing work to help children and young people at a time when they face huge challenges and we're thrilled to be able to help contribute to that. We're looking forward to coming up with ways to do even more over the next 12 months and maybe beyond.